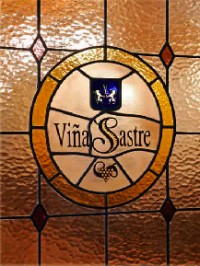 This family owned estate  is based in and around the village of La Hora in the Burgos part of the Ribera del Duero. Jesus Sastre, who runs the estate is considered throughout Spain to be one of the great young “guns” of Spanish wine making.

The Vina Sastre vineyards are run based on bio-dynamic principles and the vines range in age from 20 to 90 years. They are planted on the hills around La Hora at a hight of 600- 900 metres.

The resulting wines strongly reflect their terroir, producing intense yet elegant wines displaying great complexity and capacity to age. Even their basic Roble needs a couple of years to mature but will then drink well for over 5 years.

Jesus Sastre also sporadically makes a white wine called Flavus, which is 100% Palomino and produced from over 60 year old vines scattered in the vineyard around the Tinto Fino vines. For me, this was one of the most pleasant finds of the last year. Only 800 cases were made in 2010, with no production in 2011 and 2012.